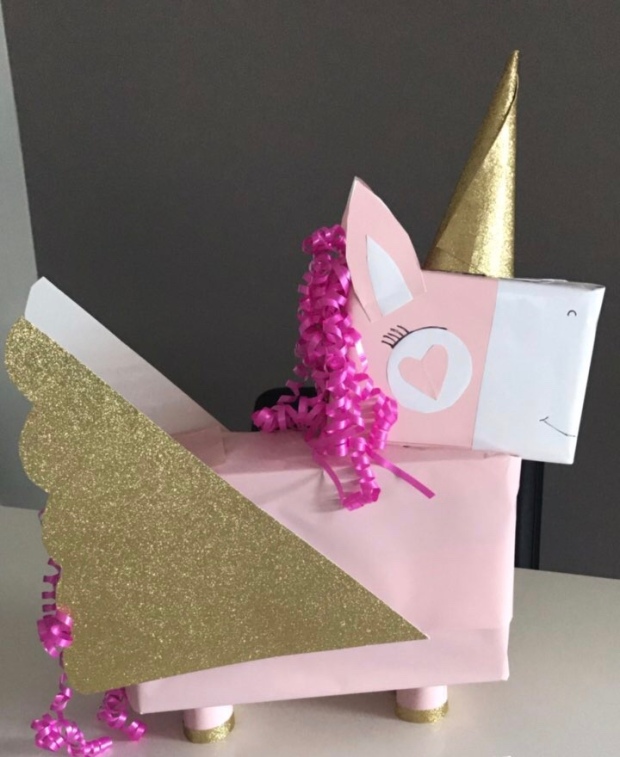 We are attending our fair share of the ever popular Unicorn parties.  Fortunately, the recent gift I bought for the latest party, was square, and I decided to make the present into a Unicorn too!  How cute is this!  If you want to recreate this all you’ll need is some wrapping paper, glitter paper, scissors, lots of ribbon, toilet roll and a pen.  I used some double sided sticky tape to make it all a bit neater too.  If you try this, please let me know, I want to see your creations! 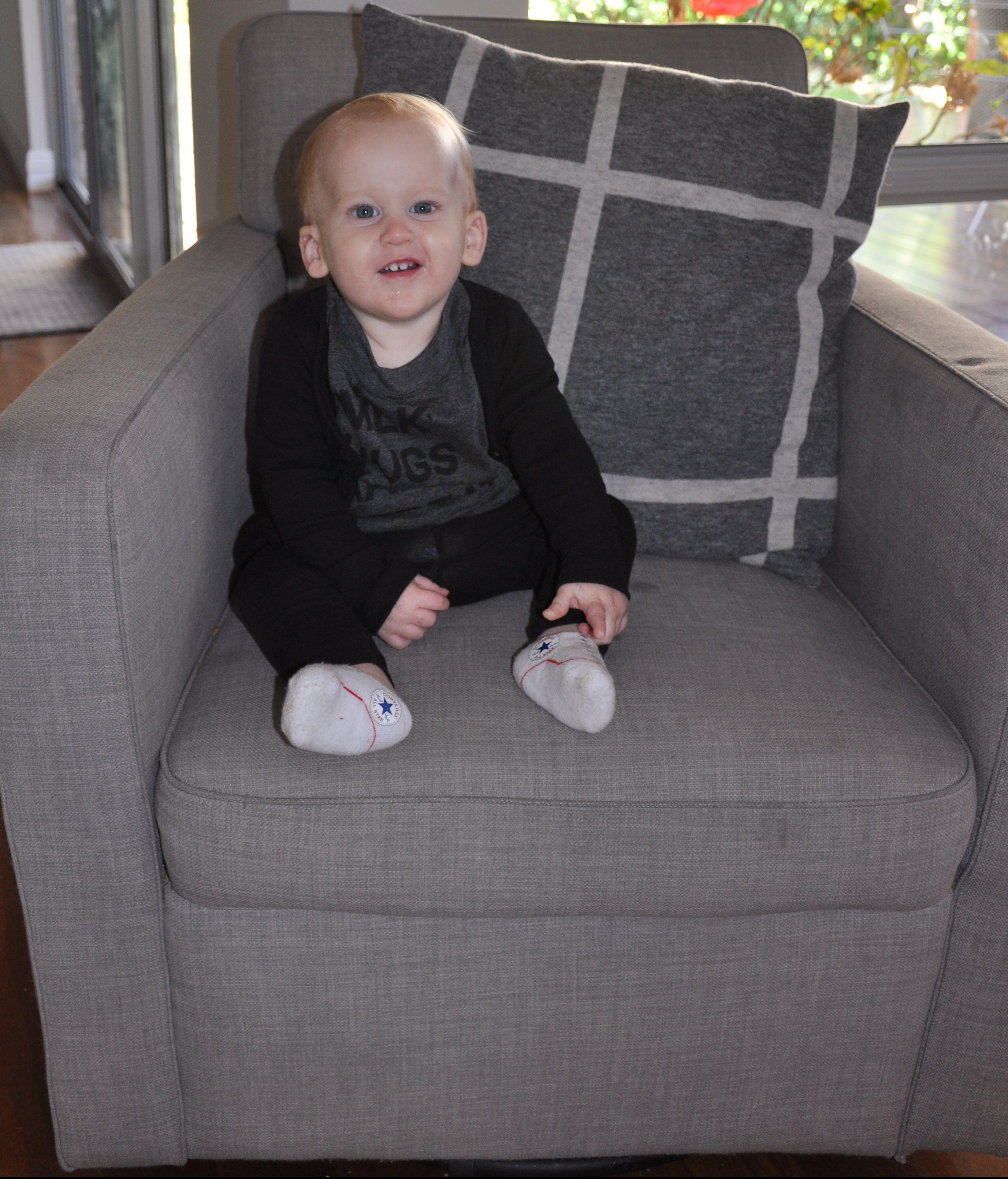 – 8.5kgs and 71cms long
– 6 teeth
– Starting to stand without holding onto anything.  Ellie was walking at this age, Judd at 1, and I am so so hoping that Smith takes a little while longer to find his feet.  So to say.
– He talks and parrots us so much.  Not longer after my 10 month update, he started to say ‘water.’  He sounds like he repeats full sentences, although I know that is ridiculous. When we count, we say ONE, and Smith says TWO!  When he really wants something (usually something he isn’t allowed or the food of his brother or sister) he is constantly ‘TA TA TA TA!’
– This kid can devour a lamb cutlet.  He says ‘I love lamb!’  Really enjoying his food, and eating a lot of what is put in front of him.  Although he seems to have gone off bread or toast.  Friday night Pizza night is his absolute fave!
– Still exclusively breastfed, and I’m been trying (through gritted teeth and pain) to enjoy my last month of feeding, before cold turkey moving to a bottle.  Smith takes a sippy cup.  Although, I did just read Ellie’s 11 month update and I said the exact same thing and fed her for another SEVEN months so 😦  I have footage of what he does to me shown on a proper bottle, biting down on the teat and ripping it back.  I thought I’d spare you the visual though!
– Started climbing out of the high chair.
– We were at the emergency department last week in the early hours of the morning with croup.  As Judd got croup so often when he was younger, we know the symptoms and we are used to heading in as soon as we hear the strider with the cough.  Smith was so upset at home but as soon as I got to ED I had a lot of trouble convincing triage that he was unwell.  He was doing his party tricks and flirting with everyone.  Luckily they had heard him cough on the way in, so agreed he had croup and needed the steroid, but his happy temperament still got me probably from the first in line, to the last in line, and we were there waiting for hours!
– Loves cheek kisses and will keep giving you his cheek to kiss up over and over again.
– Very, very much a Daddy’s boy, more than any of the kids before him.  The kisses Daddy gets at bedtime make me sooooo jealous.
– His eyes go so blue when he wears blue or this beautiful grey when he wears charcoals and grey tones.
– Sleeping for a few hours in the morning and a few in the afternoon, but can struggle for the afternoon nap a bit.  I’m contemplating moving him to one nap a day before his first birthday but I’m really not sure…  Still sleeping ok at night.  Loves Mum’s company and the warmth of Mummy and Daddy’s bed though!

One more month with a baby in the house.  It’s all happening so soon.