So by the time we started preparing for Judd’s Third Birthday celebrations, he was well into the swing of things.  He was very excited, and wanted to have a party, which we were more than happy to throw for him.  He asked who to invite, asked for the theme to be an ‘intruction party’ and wanted to be able to help make his cake.

So with the theme sorted, I started on the invite, and Judd started scouring Pinterest to pick his cake.  Yup, times have moved up from the trusty Women’s Weekly cake book haven’t they!  Judd picked a three tier cake that he could help ‘paint’ and while I inwardly freaked out (I was three months pregnant while organising Judd’s birthday and not feeling well at all) we DID IT!  And we had the best time doing it too.  Judd was over the moon with his day, and still 18 months later, tells people about his amazing construction party.  Now that he can pronounce it correctly lol. 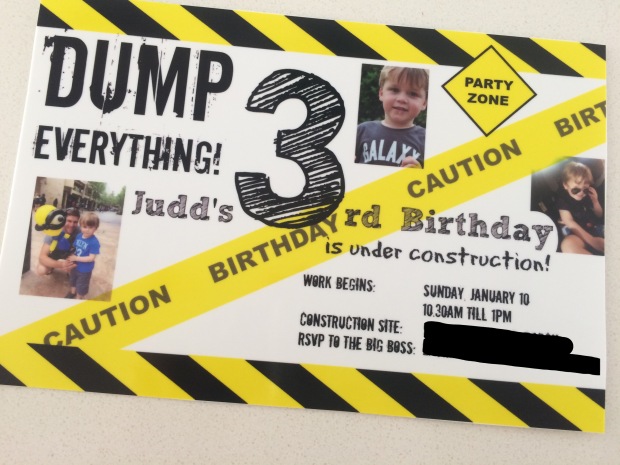 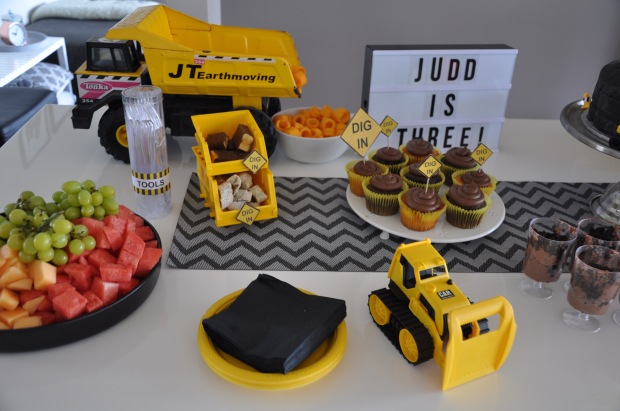