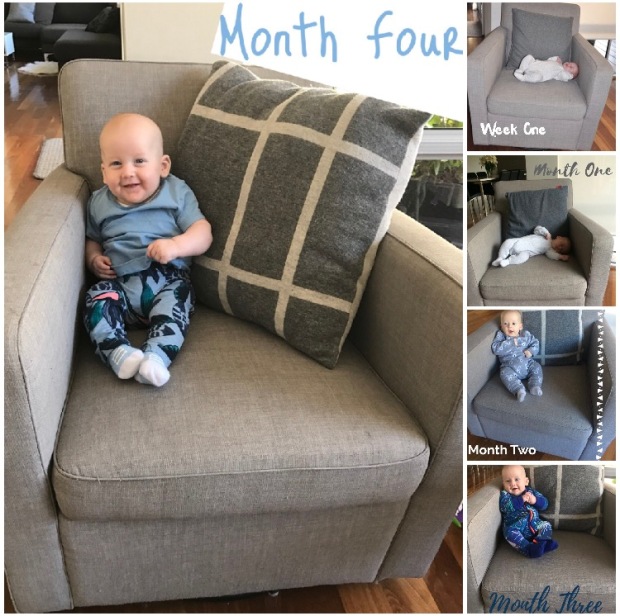 – i don’t know his weight or height, I have been given the run around by my child health nurse and we haven’t been for some time, so I will be checking this out when he has his needles done in a few days time.

– stirs from his sleep whenever I talk. Yeesh.

– as much as I know he is a bit of a Mummy’s boy, Mark and Smith are still tight, the smiles and eyes for Daddy when he gets home would melt your heart.

– sleeping so well. I know the four month regression is about to hit, but I have had a bad sleeper and a good sleeper and I know the bones for Smith also being a good sleeper are there and I am just SO GRATEFUL. He sleeps very well during the day, a morning sleep, two hours while both kids are down in the middle of the day, one or two afternoon sleeps and then up to nine hours at night, at the very least seven, and that’s only if I get him to bed a bit late. So he is first up at about 5 each morning after being in bed at 8. I mean come on, another angel baby YAY! Until next month 😂

– loves being told stories, and will tell them right back. This kid can be loud.

– he is enjoying sitting up, especially in the bath.

– still crawling his way up to the top of the cot and now moving around his floor mat when on his tummy.

– one ‘tooth’ definitely was an Epstein pearl like I thought (yaaaas!) but I can still see three and the two that have slightly cut through have not changed.

– Smith is getting attached to toys, which I didn’t notice if my other two did. He loves his bunny with crinkly ears especially.

– is falling asleep almost instantly when he is in the car. It’a made going places an absolute breeze and something I am not used to, as Judd and Ellie weren’t fans of the car until much much later.

– when I ask for kisses, he actually gives them to me. So well trained 😂

– loves watching himself in the mirror. It’a a hereditary male trait in this house.

– Very excited to start using the Jolly Jumper this month! 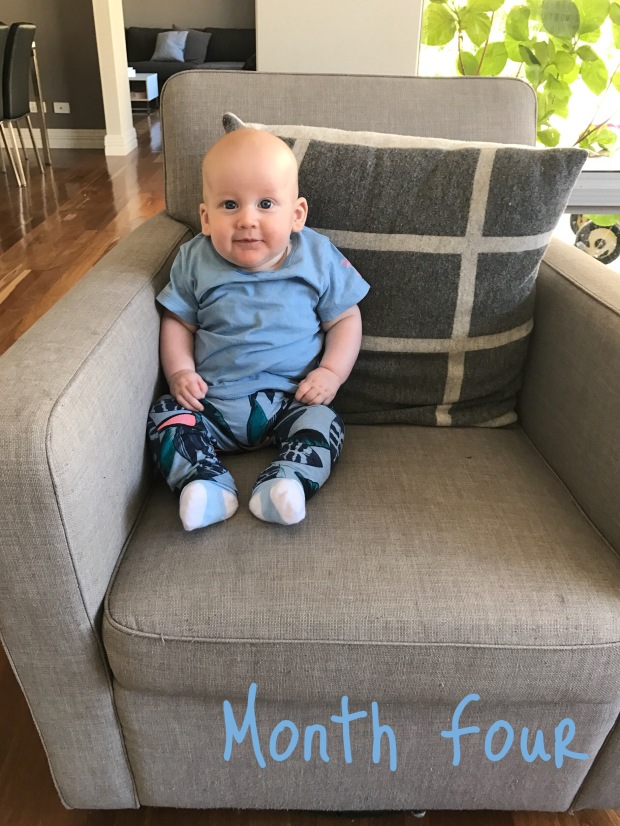 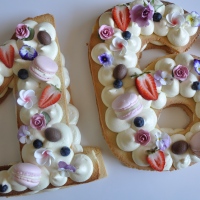 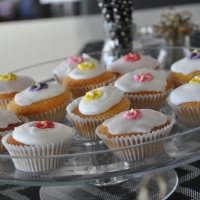