So someone said to me the other day, she will be 1 soon!  Yes, yes she will.  She’s closer to one than birth.  How did we get here?  Here is what happened this month:

– 7.5kgs and 69 cms long
– Fitting 00’s but they really are still too big.  Some of her tops are 0’s and they are wayyy too big for her.  But so fashionable so I persevere!
– She is still clapping her hands often, but now she is also waving, which is totally cute, especially when she realises she is doing it and watches her hand in awe!
– Enjoys story time with Daddy and Juddy, will watch Daddy talk in rapture.
– This one is chatty too.  It’s never quiet here anymore!  She says Dadadada, Mummyyyyy, Hey and Ta – and I’m still sticking with my theory that she says Ellie, but I’m sure it’s just a fluke.  She says No when I try to feed her dinner, she likes to do it herself thank you very much.
– Going great guns with food.  Loves what we put in front of her, and tries to swipe Judd’s food as well.  We had a bad reaction to avocado the third time she had it, so I’m avoiding that now.  We’ve just started on meat and weet bix, and will start to introduce diary over the next week.
– I cannot get this girl onto a bottle which is my main focus for the next month.  I’m desperate for her to take one.  Oh my nipples.
– She is still super cuddly, but I love the kicking and squealing that happens when she see’s someone she loves.  Her Daddy gets this when he comes home from work every day.  It’s usually me she’s kicking lol.
– So I mentioned in her six month post that she wasn’t conventionally crawling but commando crawling.  Yikes she really got quick at it really fast.  I think in the next few days she will be crawling as she is sitting in that possie but not moving yet and rocking.  Judd took about a month from commando crawling to taking off properly as well so we shall see.  It’s too soon for me.  She is also moving from sitting up to crawling and then back to sitting.
– Pulling herself up on her walker to press the buttons.  Yeesh.
– Loves the jolly jumper.
– Obsessed with screens and if she gets to watch a video of herself she laughs and laughs.
– Loves being kissed up under her chin, which I do practically all day every day!  And also giggles with the wheels on the bus, that’s probably her fave song right now.
– She was getting into my bookcase the other day, and I was saying Uh Uh and she just grinned at me to win me over.  We are in trouble with this one.
– She is known as the Beautiful Girl in our house.  I didn’t realise how much I called her that, until Judd started to refer to her as that.  ‘Good Morning Beautiful Girl.’ ‘Hello Beautiful Girl!” in a little sing song voice.
– The bond her and Judd have is fascinating to watch, they love each other so much.  She can’t wait to be after him and unless she is asleep or Judd is asleep she is upset if they aren’t in the same room.  It’s like she knows he is doing stuff without her and she is desperate to be playing with him, and especially with Judd and Daddy when he gets home from work outside.
– We are currently going through the realisation that she isn’t attached to me anymore, which is proving a bit difficult, especially as Mum decided to move her into her own room not realising it would be at the same time…  Not my smartest move but I think she is slowly getting better.  I am looking forward to being on my own for a few minutes during the day again.  Sometime soon I hope!  At the same time I am loving this time, she isn’t a whingey baby and people always comment on how happy she is.  I have never known such a smiley chirpy little girl, and I can’t believe we got two of them!  I have decided we make the happiest bubba’s! 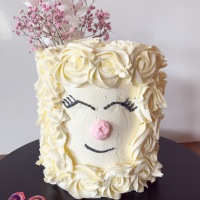 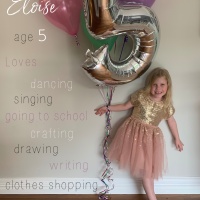